In 1770, a bill proposing that women using makeup should be punished for witchcraft was put forward to the British Parliament. The use of makeup was frowned upon during this period for the effect it would have on men, and women who were thought to be luring men in with scents, wigs or cosmetics were thought to be performing the devils’ work by inciting lust.

In 1921, American novelist Edith Wharton was the first woman to receive a Pulitzer Prize for fiction. She won the award for her novel “The Age of Innocence”, a story set in upper- class New York during the 1870s.

Women often wrote under pen names in times when it was not seen as appropriate for them to contribute to literature. Even some highly acclaimed female authors had to resort to fake names (Jane Austen, the Bronte Sisters, Mary Ann Evans – perhaps better known by her pen name George Eliot, and Louisa May Alcott.)

During the 19th century, factory workers were primarily young, single women. Men and married women stayed home to work the farm or manage the house.

In 1903, Mary Anderson was granted a patent for the windshield wiper. It would become standard equipment on cars by 1916. She isn’t alone in her inventiveness. Women have also invented such things as industrial lathes, whiteout, non-reflective glass, the dishwasher, petroleum refining methods and much, much more. 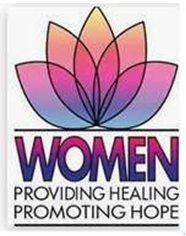 For three years, the Smithsonian American Women’s History Initiative has worked to uncover and amplify the fascinating and inspiring roles of women throughout American history—ordinary and extraordinary women who led movements or worked behind the scenes, changing the nation for the better with strength, ingenuity and courage. These same goals will guide the forthcoming Smithsonian American Women’s History Museum.