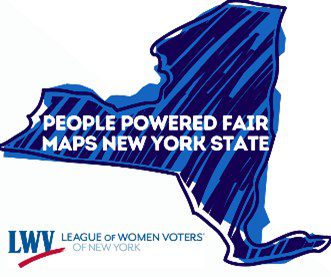 We sent out a letter on October 18 to the Independent Redistricting Commission expressing our disappointment toward the separate map proposals and the lack of transparency and uniformity throughout the redistricting process thus far. The letter urged the Commissioners to release a single set of maps and to publicize their internal mapping negotiations to the public. We encouraged local Leagues to sign on to the letter and 35 Leagues did so.

On October 19th we had our first state-wide redistricting delegate meeting. Steve Elliot of the Albany County League presented his guide on how to look at a redistricting map. We also heard from the Broome Tioga, Saratoga, Albany County, Rochester, and Syracuse leagues on their efforts on educating the public on the redistricting process.

The IRC has begun their second round of redistricting hearings. As of the writing of this letter the Buffalo, Rochester, and Southern Tier hearings have all concluded. As of right now, the Albany County, Tompkins, Westchester, Syracuse, and North Country leagues will all be testifying at their respective hearings.

The IRC wants to hear from you!

New Yorkers have the opportunity to submit their comments, testimony, and maps to the Independent Redistricting Commission until Tuesday, November 23.

Submitting a comment is a great and simple way to share your thoughts with the IRC! We encourage all New Yorkers to submit their comments on the two proposed maps. There are no character limits for comments or testimony – you can write as much or as little as you want, about whatever you want!

This can be done through the IRC website at nyirc.gov/participate. Comments can be written and submitted in the text box on the website or added on as an attached file.

Haven’t looked at the maps yet? The IRC has an interactive map tool on their website. Individuals can compare the proposed maps with the current maps, view the population data of each district, and even look up their address to see exactly where they fall within the proposed district maps. You can access that here.

Want to know what to look for when viewing the proposed maps? Our Deputy Director Jennifer Wilson gave a presentation on how to analyze the drafted maps. You can watch it here.

There is no limit to how many comments, testimony, or maps an individual or organization can submit. Along with the public, we are encouraging local leagues to continue to submit their comments on the proposed maps and their versions of the maps – even if their hearing date has already passed.